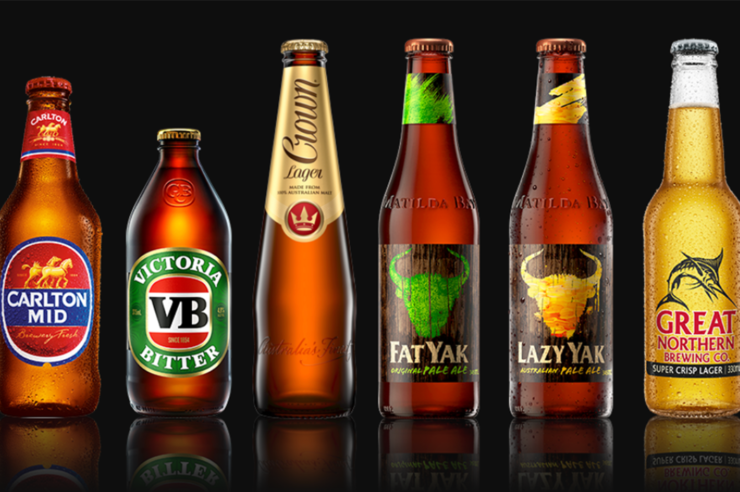 We have a huge variety of delicious beers to choose from. But with so many options, it can be difficult to decide which is the best beer brand.

Whether you prefer a craft beer or a low-carb ale, a good beer needs to taste like heaven sliding down your tastebuds.

From Victoria Bitter to Hahn Super Dry, we’ve compiled a list of the most popular Aussie beers.

A carton of Toohey’s Extra Dry is almost always available at your local BWS or liquor store of choice. This beer is a dry-style lager breed in Lidcombe, New South Wales and has been a fan favourite for decades. It contains 5% alcohol and is popular for it’s clean, crisp taste – perfect for a refreshing drink on a summer’s day.

Hahn Super Dry is a delicious low-card beer brewed in Sydney. It is favoured by beer drinkers for it’s unmistakable crisp and dry taste. Because it is a preservative-free beer with fewer carbohydrates, it is a good choice for beer lovers who are watching their weight. Hahn Super Dry has 4.6% alcohol and is also 99.9% sugar free.

Another pure Aussie beer brand. Castlemaine XXXX (pronounced four-ex), is brewed in Milton, Queensland and has been around sine 1924. The Gold variety is a mid-strength lager with 3.5% alcohol – a little less than most. It is also a low-card beer. When you order this variety of beer in Queensland, it is simply referred to as ‘Gold’.

Coopers Sparkling Ale is a popular beer brand and is famed for it’s cloudy sediment and distinctive balance of malt, hops and fruity characters. It is a good choice for beer drinkers who prefer the lighter, sweeter taste of a sparkling ale. At 5.8% alcohol, this beer goes down easy.

Everyone knows Tooheys – it is a trusted beer brand in Australia. Tooheys New is a standard variety of Australian lager at 4.6% alcohol and can be bought on tap at almost any bar across New South Wales. This brand of beer strikes a balance between a smooth malt character and a delicate hop aroma, which makes it a classic, easy drinking beer.

Victoria Bitter, commonly known as VB, is one of Australia’s best-selling beers. This beer is full-flavoured and full-strength, retaining its delicious and thirst-quenching flavour even when ice-cold. It’s perfect for the harsh Aussie climate, with a 4.9% alcohol content and a higher bitterness. 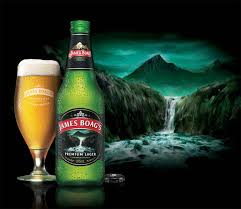 James Boag’s Premium Lager is popular in Australia and overseas. The brand’s premium beer has a smooth, subtle taste brewed in Tasmania. It is known as a classic, full-bodied Australian lager which strikes that balance between hop and malt. It is 4.6% alcohol.

Carlton Draught is an incredibly refreshing, full-strength lager which is light in bitterness and has a fruity aroma. It is in the top three best Australian beers and is sold on tap in it’s home state in Victoria and across the rest of the country. Carlton Draught is known as the official beer of the AFL and is a classic Aussie brew at 4.7% alcohol. One of Australia’s biggest-selling tap beers, it known for being ‘brewery fresh’ with a crisp palate and a slightly dry finish. It is definitely a winning choice for beer drinkers and those wanting to try out lager for the first time. According to YouGov, Carlton Draught is also one of the cheapest Aussie beers and has good value for money.

Little Creatures Pale Ale is a unique blend that is sold in Australia and internationally. It is brewed in Victoria, Tasmania and in the US, giving the ale citron notes with a very fruity aroma. Little Creatures makes this ale with fresh whole hop flowers, which gives it the blend of crisp grapefruit and passionfruit flavours and a good balance of bitterness. At 5.2% alcohol content, this beer is preservative and additive free with only 156 calories per serve.

Brewed in South Australia, Coopers Brewery Original Pale Ale is a classic Aussie beer. At 4.5% alcohol, this lager is your typical thirst-quenching beer you cannot go wrong with. It is a very easy drinking pale ale with a malty aroma and a distinctive cloudy appearance. It is rated so highly by Aussie beer drinkers because it is one of the cheapest and best-tasting typical Australian beers on the market.

Other notable beers, which are not Australian made, include Heineken beer, Budweiser, Cascade, Corona, Brewdog and Carlsberg.